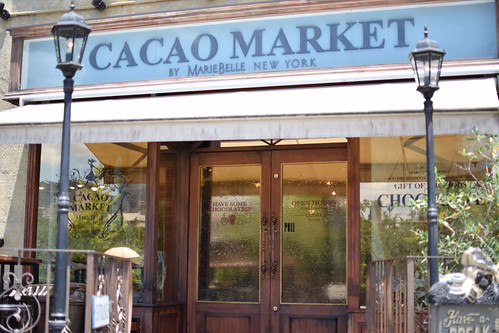 Waking up the next day in Kyoto we immediately set out for MarieBelle’s very New York looking Cacao Market for some post breakfast chocolate treats. Entering into the shop you feel the nostalgia for childhood sweet shops and Willy Wonka movies, which feels fun and relaxed. 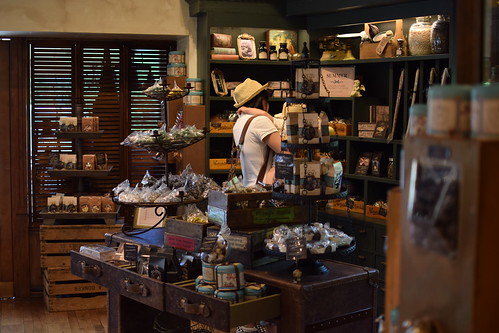 Now we’d heard there was a secret chocolate cafe of sorts hidden here and so asked the staff behind the counter for any clues, who while smiling explained we would need to go back out the door and round the side of the building to find the door for the Angel Library, where we would need to input the secret code, which they gave us on a piece of paper. Finding the novelty hilarious, we went out to find our secret entrance. 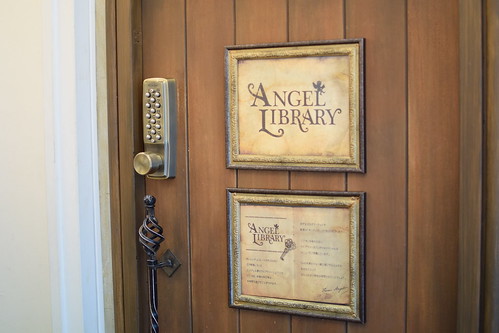 Not particularly hard to find, we made our way through the door and down the elaborate staircase into the secret cafe beneath the Cacao Market. As we turned the corner the place opened up into a Harry Potter esque library featuring walls lined with leather bound books and writing desks as well as some window seats that overlooked a small brook of water that babbled its way under the adjacent road. Taking our seats by the window, we shared the place with a few other Japanese guests, proving the place wasn’t a complete secret, before the waitress took our order at the table. 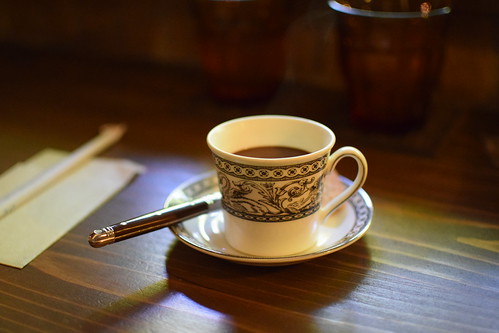 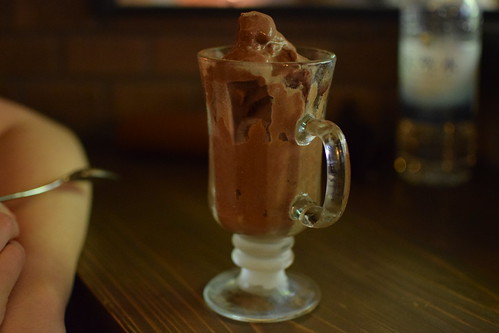 We ordered the infamous Aztec hot chocolate with a cold chocolate, something which we’d not had the pleasure of trying before, which arrived after a short by enjoyable while staring out the peaceful window. If this place wasn’t so secret it was at least tranquil and secluded. The aztec hot chocolate was as expected, a warming interestingly spicy thick chocolate affair, pretty much identical to the chocolate they serve in the New York branch. The cold chocolate however, was somewhere between ice cream and a smoothie, it had an unusual texture, which left you going back for more, somewhere between indulgent and refreshing while being reminiscent of milk chocolate. 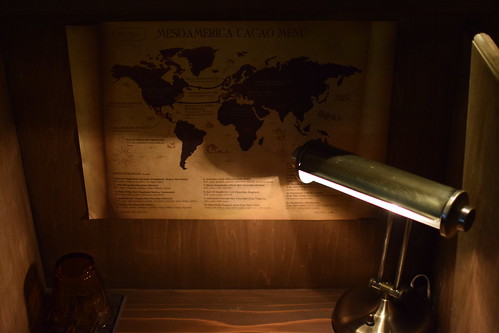 Finishing our drinks we headed back up to the market, to pick up a few treats to take with us on our way. Starting with a pistacio and lemon and a raspberry and chocolate cannoli to have now and a cherry and raisin chocolate brownie for later. So tasty! 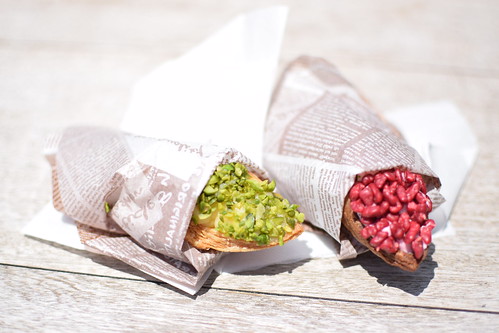 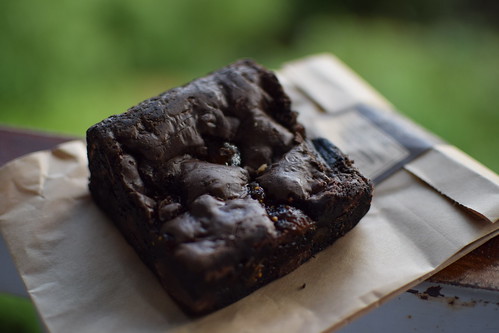 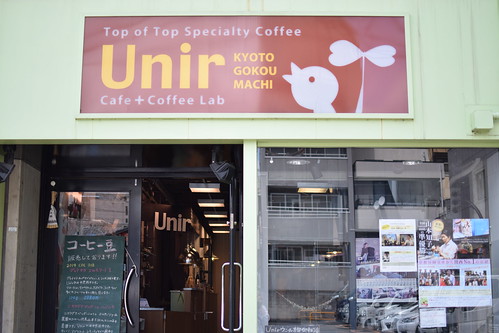 Our next stop took us to the ‘Top of Top’ specialty coffee at Unir Cafe + Coffee Lab. Entering the cafe, it looks and feels like a lot of other coffee shops, but there is something slightly different going on here. Ok so they’re not the only shop to be roasting their own beans and offering plenty of different seasonal origins, but they might be one of the first I’ve come across pushing french press as their filter brew method. 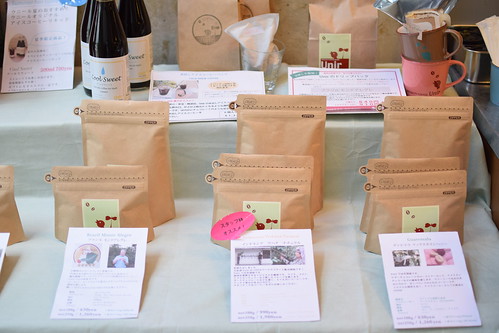 Never one to question my barista, I asked what he’d recommend and he suggested the Guatemalan El Morito brewed in the french press. Intrigued, I went with his recommendation, while I took a look over their selection of beans. 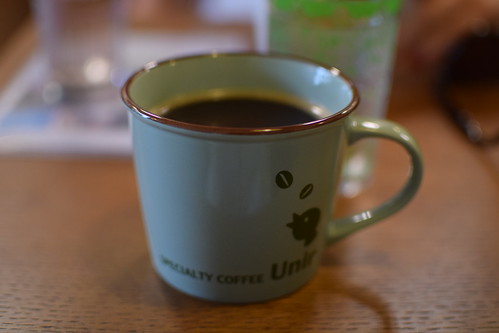 The coffee arrived after the four or so minutes waiting time for it to brew, with aromas of dark chocolate and demerara sugar. Letting it cool a while, to taste it was a juicy mix of green grapes, golden delicious apples and some light lemon, with a sweetness that reminded me of candy floss. One of the more complex coffees I’ve had from a French press, reinforcing my belief that the barista knows best. 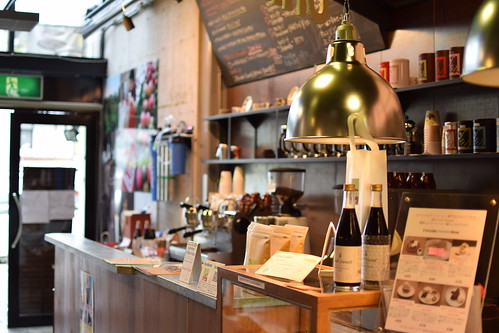 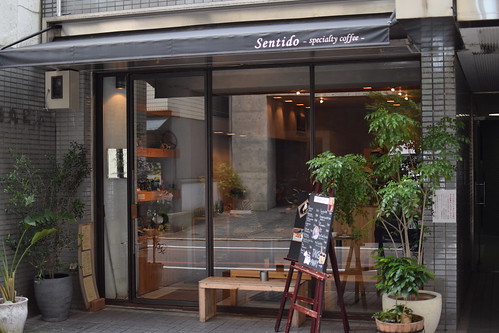 Not far from Unir, our next stop took us to Sentido based on a quiet and serene side street. The atmosphere continued inside, with Sentido sliding into the softer post lunch hours and an air of relaxation having taken over the place. Taking a look over the menu, it became clear that Unir wasn’t the only coffee shop using french press for its filter brewing. Ordering their inhouse roast of an Ethiopian Konga on french press, we took our seats by the window. 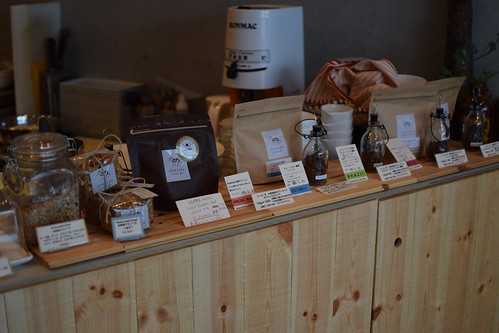 With the sound of the steam wand and pouring water in the background intermittently punctuating the peace, our coffee arrived a few minutes later. Presented in a lovely rubber coated handleless mug the coffee arrived with aromas of toffee and muscat wine. To taste there was plenty of citrus, sweet orange and lemon verbena with a honey like sweetness. The roast was quite light and I wonder whether it might not have been better brewed in a pour over, but the french press definitely brought out a lot of the coffee’s flavour. 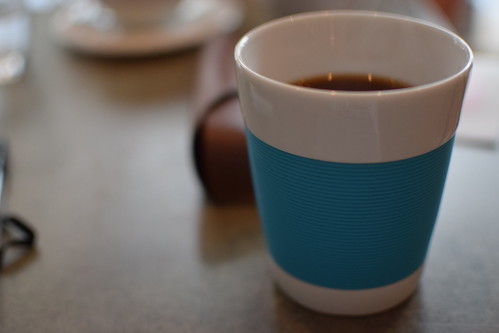 Here we sipped away some of our afternoon taking the time to relax into Sentido’s light atmosphere before heading out to see some more of Kyoto’s beautiful sights. 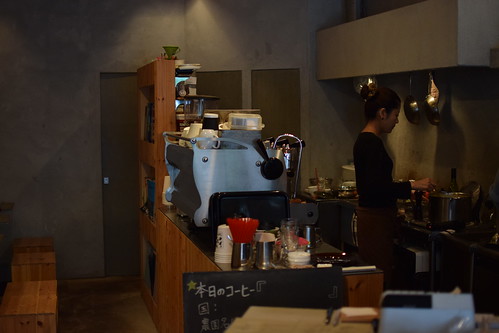